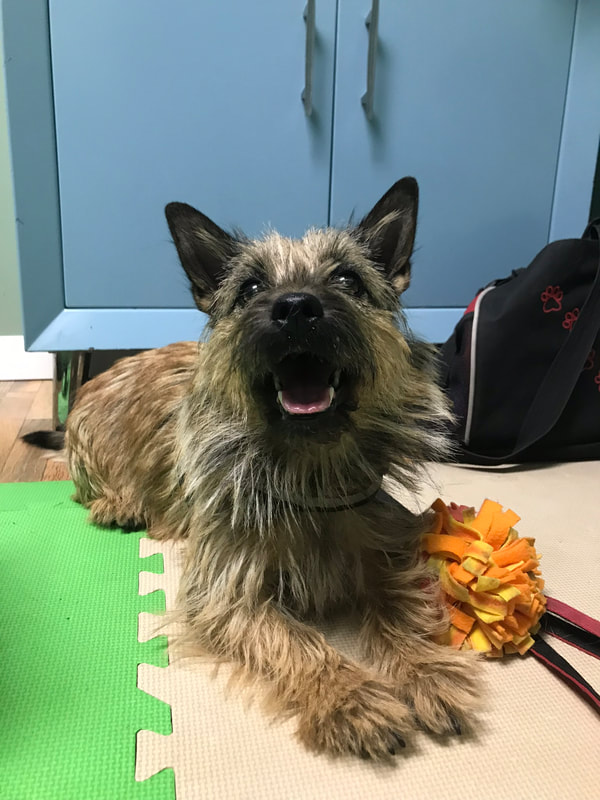 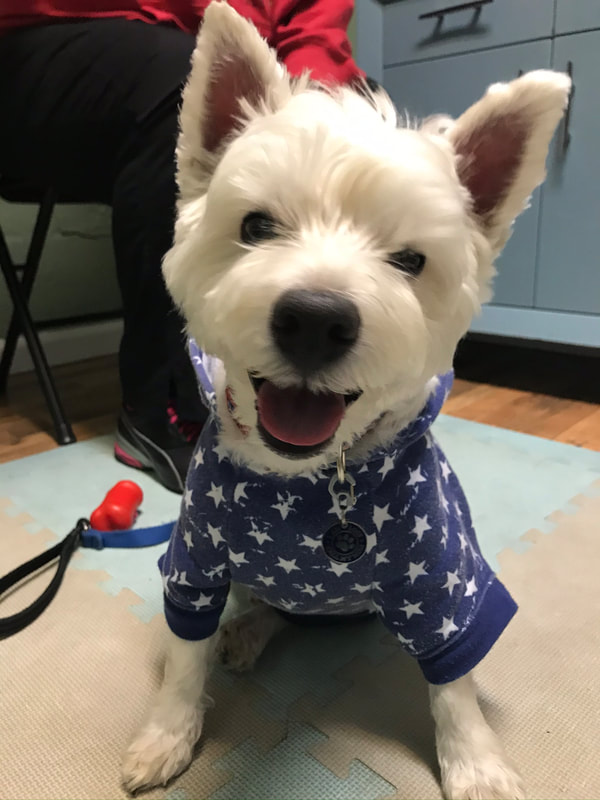 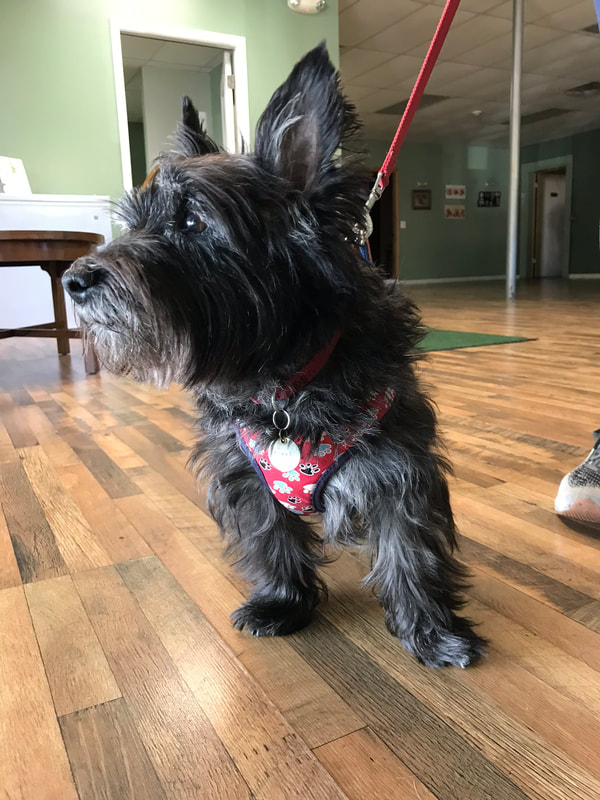 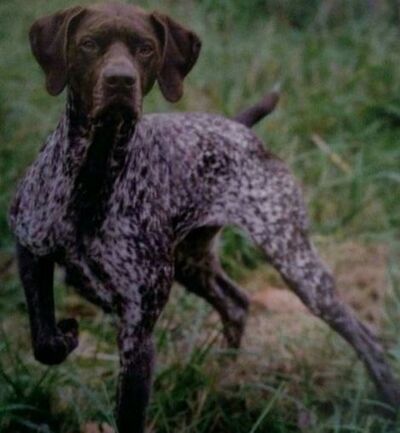 Tracer, a male neutered Braque Francias, definitely stands out to us and has for some time.  While he looks the picture of health in this photo he suffered with seizures since 2017 when it was taken.  Despite his owner applying the best care and making all the food and lifestyle adjustments we recommended, his seizures while controlled to only about one a month, were still present.  After consulting with neurologists, it was determined as long as he didn't have more frequent seizures it was best not to start medications for him as the additional side effects may be more trouble then the monthly seizure.  But then into 2021, they started to become more frequent.  Tracer's caretaker encouraged Dr Cutright to think outside of the box and after adding new supplements that aid in the utilization of oxygen to the cells and a carbon technology based detox supplement for the brain and bowels, his seizures just stopped.  Tracer is thriving and looking handsome as ever as we move into 2022.


We are happy to get back to sharing our patient wins with everyone. 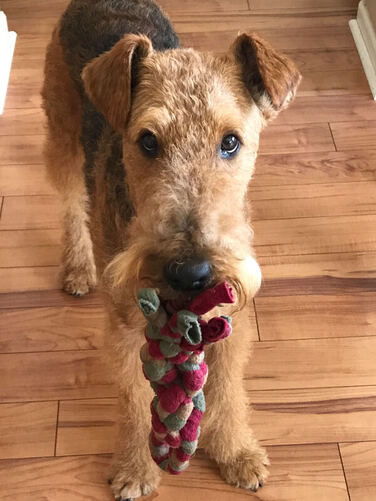 Henry, a very handsome Airedale Terrier, is another awesome pet spotlight.  Our first meeting was one of the most memorable ones in HPN history.  He had such a severe case of Megaesophagus that he could not help but spew his food all over our exam room walls, supplements, and personnel, just because he was so excited to meet everyone.  It was like a bad horror movie.  We questioned whether we could get through the appointments in a productive way.  But we took him on because there was just something about him.  Happily, just doing “the usual” Nutrition Response testing Technique brought Henry to another level of health.  He can now bounce into our appointments without spewing any food and his episodes of regurgitation have significantly quieted down.  And consequently, his bouts of aspiration pneumonia are also under control.  We continue to work with him to make him the best Henry he can be.  We look forward to watching him grow!

​"Henry was regurgitating 4-6 times/day, had lost 11 lbs in six days... he was starving, and had just recovered from his second bout of aspiration pneumonia, At the time we met Dr Cutright in 2018.I was desperate for support to manage Henry’s newly diagnosed MegaEsophagus.

I are so grateful that Dr Cutright gave Henry a second chance and offered to help... prescribing Henry his individualized NRT plan. It must have been his big brown eyes that melted her heart that day!!!

Dr Cutright’s skill with NRT has been a game changer... a miracle for Henry with continuing promising results. She has saved his life!!!!!  Today, Henry thrives, and loves life.
We love Dr Cutright and her team!" Cheryl 9/2020

​Rosie is a border collie mix the McMahon’s adopted in August.  She was fast, a bit ADD, and under socialized.  But she is so sweet and soulful. She was introduced to Nosework (NW)  and was fast, but soft.  They had had high hopes for this sweet super-fast dog!   Through A LOT trial and error and a series of specialists (both western and eastern) we found a combination that worked for her.  After 2 years of cycles of traditional cycles of steroids, Apoquel, and other medications: her caretakers spent the last 3 years continuing to search for another way to get more stable healing and reduce relapses. Her integrative veterinarians added their expertise to Rosie’s issues by addressing her detoxification pathways and supporting her immune system to bring about more normal function which had been very unbalanced as it was manifested into anxiety/stress licking.  With both Nutrition Response Testing supplements and Chiropractic methods, with reducing use of western medications, we started to make real progress.  They were almost there, but while she continued to improve physically, her Nosework performance went downhill, she was struggling and slowing down.  The owners still wondered if something else was going on.  Rosie’s primary caretaker, with a research background, began to investigate if some of the medications Rosie was on could be impacting her olfactory system.  Reduction in sense of smell often is not listed as a side effect because it isn’t ‘life threatening’.  One medication she was on, gabapentin, seemed like it could be causing some of her performance issues.  It is used for neuropathy pain (prescribed by Rosie’s dermatologist).  Dr. Liz and Rosie’s Chiropractor, Dr. Amber Irhke,  said ‘of course it can’ and helped the owner figure out how to get Rosie off gabapentin.  Rosie’s caretaker let us know at Rosie’s most recent visit, that our last two NW trials have been amazing.  Rosie placed 4th (out of 30 dogs) in her vehicle search and 6th in her Container search in her last trial.  We are so happy that Rosie is officially off all her medications and is now supported by whole foods, herbs, and chiropractic care, making her a pet to spotlight in May 2020! 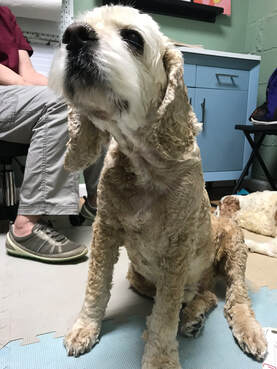 ​Teddy was adopted at 6 months old and from the moment I brought him home he had health issues. After a year or so of trying different medications and going the “conventional” medicine route with no results, I decided to give holistic medicine a try. From that point forward, Teddy was fed a wholesome diet and was put on different supplements.  I started to see results and was convinced that this was the direction we needed to go. Years went by and while I am convinced that holistic medicine is what kept him healthy, he still had some issues he couldn’t overcome.

Something was missing. Now I know that “something” was Dr. Cutright! When Teddy first saw Dr. Cutright several years ago, she brought up so much about him that I had never known before. She was beyond thorough in her testing and found imbalances in his body that no one else could. He was pulled off of many supplements he was currently taking that were just too much for his system to handle and was instead put on small doses of nutritional supplements.
This is when Teddy turned the corner. He started feeling much better and his body started working as a whole, not against itself.

Teddy is a sweet and gentle 12 year boy now who can’t thank Dr. Cutright enough for what she has done for him. She has helped him get through several rough patches throughout the years. For instance, Teddy had a nerve sheath tumor surgically removed last June. She helped him prep him for the surgery and was beyond helpful in his recovery. It is now nine months later and the cancer has not returned!
Teddy and I can’t say enough about Dr. Cutright. She is an angel who has helped him transition gracefully into his senior years. Without a doubt, I don’t know how Teddy would be without her in his life! He loves her with all his little heart and appreciates all the love and care she gives to him. ️
- Kate Kowalski   5/2020 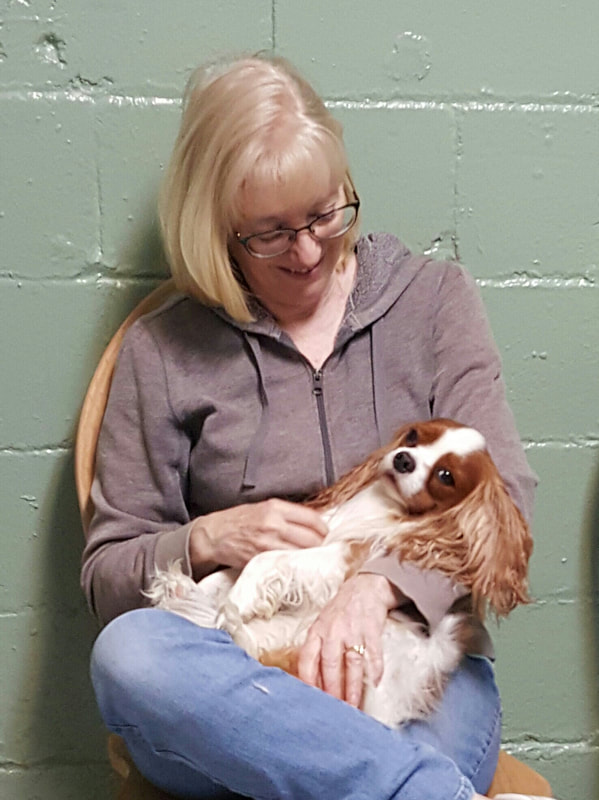 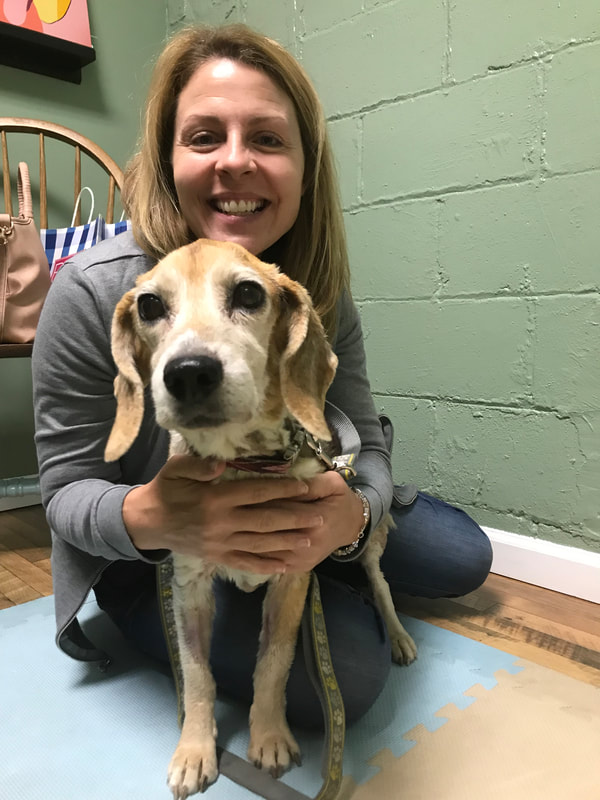 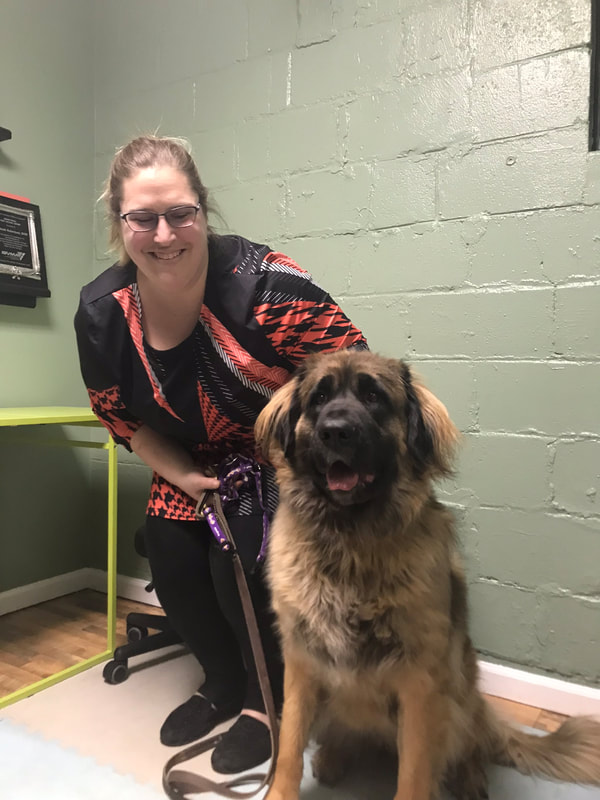 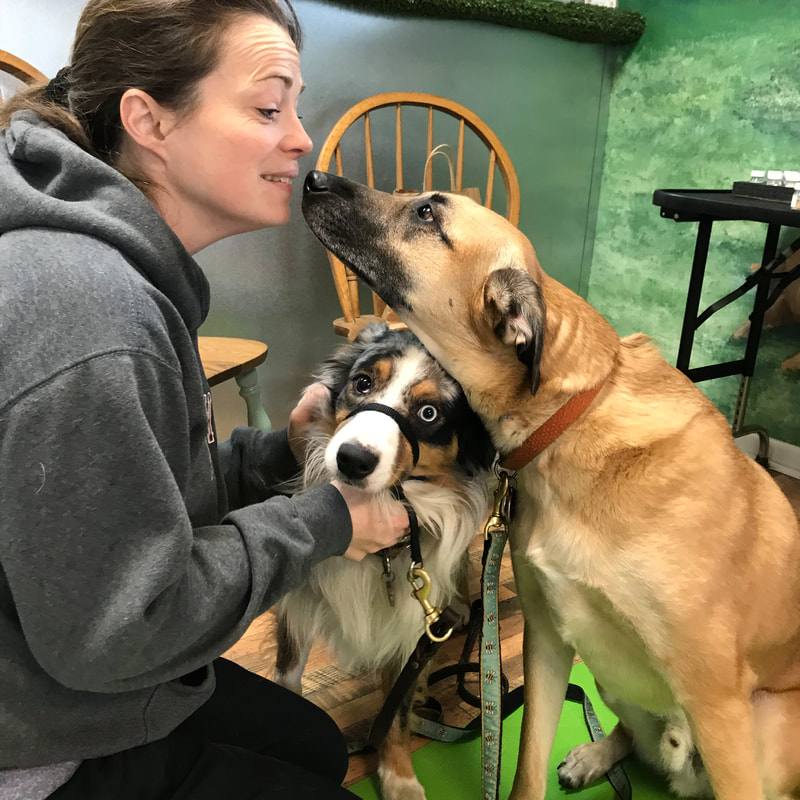 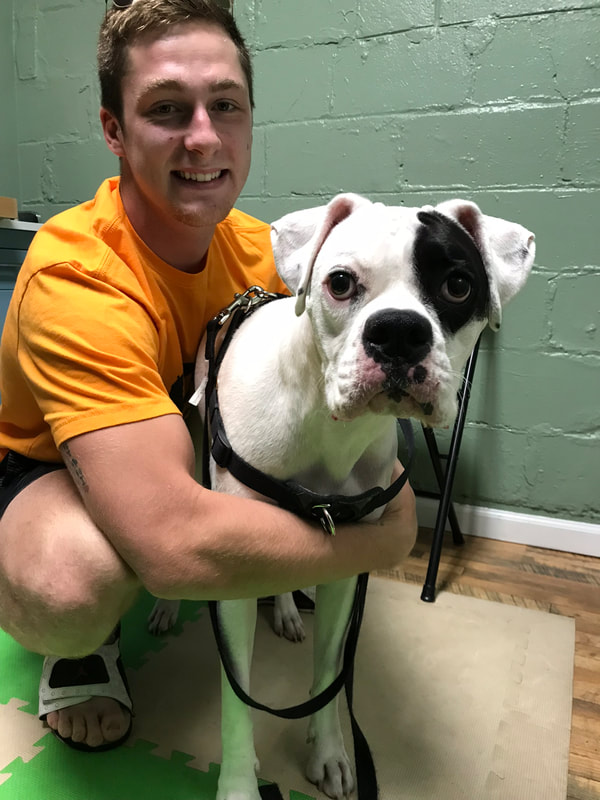 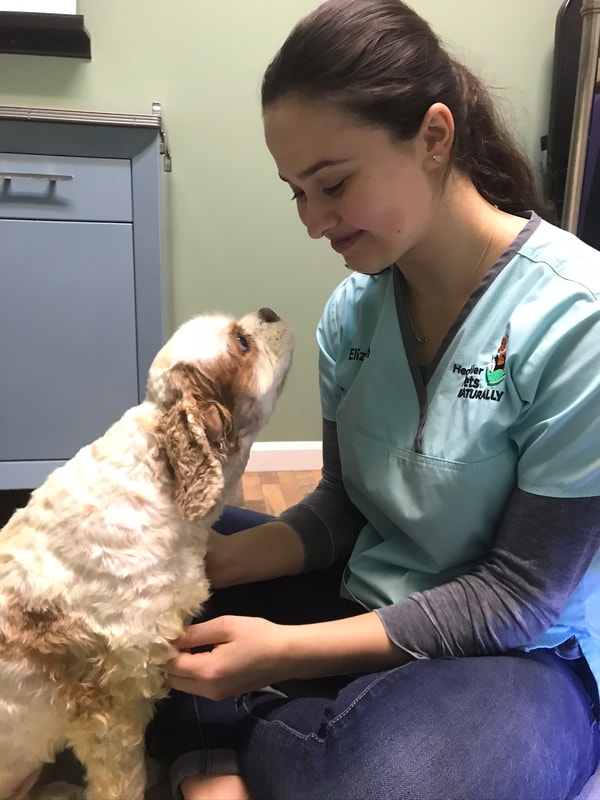